TWINO, a leading peer-to-peer (P2P) lender, achieved a net profit of 4.4 million euro last year, which is an increase by 17.4% compared to the year 2018, and became one of only four peer-to-peer lending platforms in continental Europe to fund loans worth at least 500 million euro, according to SIA TWINO’s 2019 audited financial results. TWINO is the TWINO Group’s parent company and its competency and fundraising attraction centre, and also provides for the operation of the TWINO Investment Platform.

The TWINO Investment Platform (www.twino.eu) continued to successfully attract new investors in 2019. At the end of the year, the number of identified investors on the platform had increased to 19,683, which is 17.5% more than a year before. Last year, TWINO platform’s investors funded loans worth 194 million euros, with the overall amount having reached 616 million euro since its inception in 2015.

In 2019, TWINO continued to work on improving the effectiveness of its processes, which resulted in a reduction of expenses of the core operations by 13.7% down to 3.3 million euro. The equity of the company grew 4.8 times and reached 4.5 million euro. Meanwhile, the turnover of the company decreased to 9.15 million euro, as a result of changes in the Group’s internal financing model.

“TWINO has successfully started to prepare for receiving an investment brokerage license. In the course of this process restructuring of the legal entities of the Group was initiated, changes were introduced in the historic structure of transactions between companies of the Group. The steps mentioned left a positive impact on 2019 profit and had insured a sustainable foundation for the Investment Platform’s transformation into a licensed company”, explained Anastasija Oļeiņika, CEO of the TWINO Group.

TWINO continued to show stable growth in terms of business performance by focusing on a gradual increase in the number of investors and the development and expansion of the lending products. The key focus was devoted to further improve the quality of credit portfolios, increase the return on investment and enhance the user experience. Furthermore, the company introduced significant changes by strengthening the corporative governance of the Group with the expansion of the supervisory board and the management board.

Last year, considerable investments were made in the improvement of the internal control system and development of a new IT system with an aim to procure comprehensive monitoring of the customers and customer transactions, and to prevent a possibility for legalizing any illegally obtained funds. 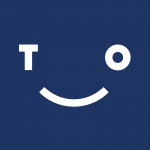